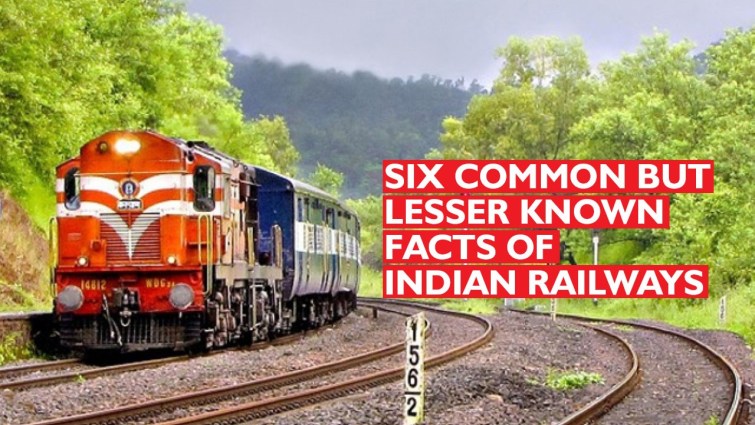 Everyone must have traveled by train. Sometimes with friends, sometimes with family, sometimes alone. Sometimes we even make friends during our journey and to get rid of the boredom of travel, sometimes we look outside the window and enjoy nature. Now the journey of Indian Railways has become even more enjoyable because the Indian railway now allows order food online on the train. But even after traveling many times on the train, there are some things that hardly you or anyone knows about. So today we will tell you about some interesting facts related to such a train.

First: “X” mark in the last coach of the train

Whenever you see a train you must have noticed an X mark at the last coach of the train. Whenever you see that X mark on the train a question must have arisen in your mind that why this mark is only in the last bogie? Well, there are many reasons behind this.

This mark shows the last bogie of the train. If a train does not have this mark, then it means, either that train is in trouble or it is not running with its full wagons and another part of the train is separated from them. With this, railway officials can be alert and prevent any accident from happening.

Just a few days ago you must have heard that Indian Railways will replace all its ICF coaches with LHB coaches. Now, what are these LHB and ICF coaches?

You can understand it like that, at present, except a few selected trains, such as Rajdhani, Shatabdi, which will now be referred as the name of One-Day Bharat Express, etc., and all others have ICF coaches. LHB Coaches are light in weight and don’t make a lot of noise inside the compartment when the train is running and due to the anti climbing feature, these LHB Coaches do not turn over even if there is an accident.

Fourth: The difference between mail train and express train

Just by reading the name, you must have gotten an idea about this train. Actually, the train which has a special coach which is used only for the post and transport of your letters and letters, because of this it is called mail train.

Five: Not getting the desired berth even after having a seat

Sometimes even after having seats, we do not get our desired berth after reservation. The reason behind it is that the software of IRCTC is designed in such a way that the software first does the booking of the lower berth and then the middle and upper berth. If this is not the case, then the centrifugal force on rail coaches will not work in equal measure, due to which the chances of the train derailment and accident increase if the brake is applied.

Do you know that there are 11 types of horns on trains?

Yes, there are 11 types of horns on trains and every horn has a hidden message. It consists of two main horns, a smaller horn, and a larger (i.e. longer horn) horn. All the other horns are made by mixing them like a long horn of a train, two long and two short horns.